Added to your basket

Sorry, there seems to have been an error. Please try again.
Product Name 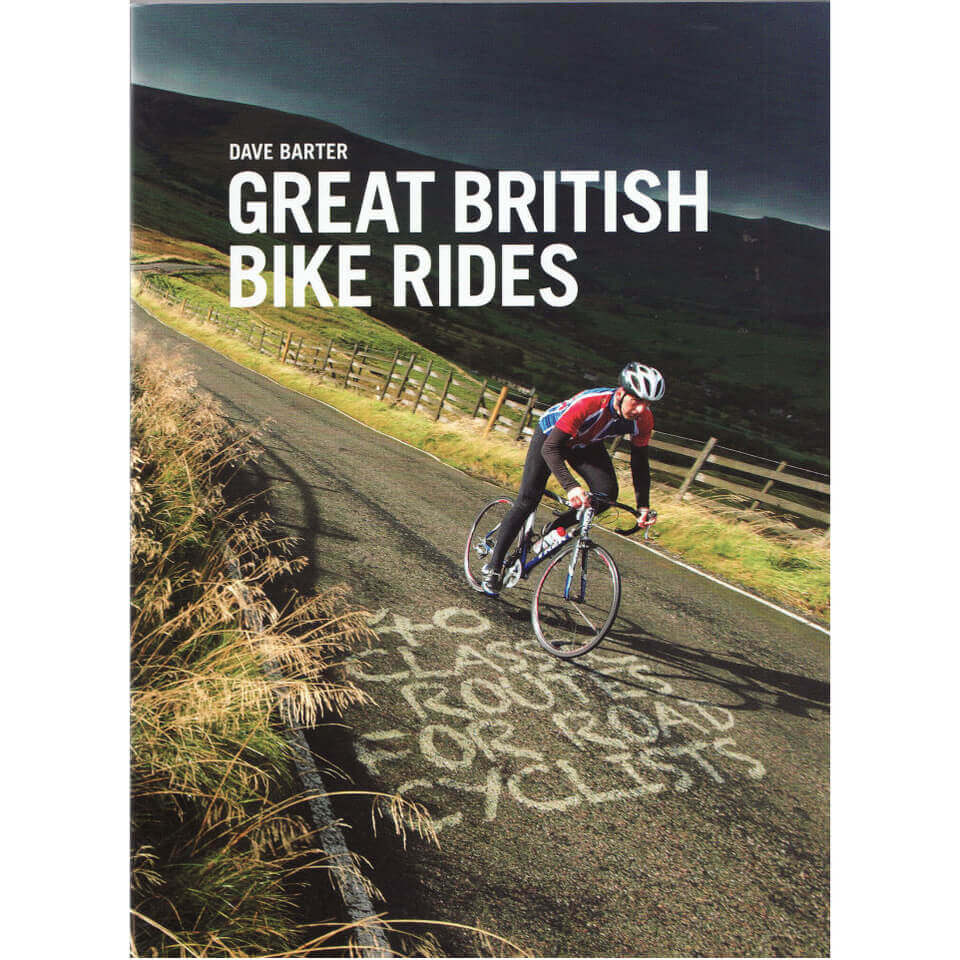 Item limited to max quantity of 5000

Author Dave Barter brings together 40 of the best road rides in England, Scotland and Wales, searching out the country's most celebrated routes, toughest climbs and most scenic roads.

The rides are challenging, they are adventurous, and they are quintessentially British - tackle the classic Fred Whitton in the English Lake District; pit yourself against fearsome climbs inspired by the Dragon Ride in Wales; and feast upon Scotland's stunning scenery following wild roads through Assynt and across Skye.

Already a fanatical cyclist, author Dave Barter packed in his job and hit the road, embarking on a 9000-mile tour of Britain to bring together the best riding the country has to offer. His cycle routes are devised specifically for this book, enchaining unforgettable climbs, quiet roads and stunning scenery.

Each ride is accompanied by detailed route information, bespoke mapping and a statistical breakdown including every detail the committed cyclist requires. The book is complemented with a set of downloadable GPX files to further aid navigation.

Join the cycling revolution and discover the best road cycling in Great Britain.

Dave Barter is a British cyclist, although he'd probably stop short of calling himself a Great British cyclist as he can count his road cycling wins on a single finger. He's ridden bikes all his life, and for the last 12 years has been taking it far too seriously.

He's a veteran of numerous races and sportives, including the Etape du Tour, the Fausto Coppi, the Polka Dot Challenge, two successful Land's End-John O'Groats expeditions and and numerous other audaxes and sportives.

In 2001 he chucked in his job and went cycling. A lot. He did the same again in 2010 but this time he took his pen and Great British Bike Rides is the result, with Dave riding over 9000 British miles during the course of his research.

His writing evolved from articles published in Cycling Plus, Cycling Weekly, CTC Cycle and Singletrack magazine to his first book Obsessive Compulsive Cycling Disorder, currently a bestseller on Amazon worldwide. Through his writing Dave has inspired many lapsed cyclists to take up the bike once again while reinforcing the habit of those already addicted.

Residing in deepest Wiltshire with his very understanding wife Helen and children Jake and Holly, his passion for British cycling continues to drive him out into the countryside in all weathers seeking out two wheeled incident and adventure.

How long will it take to arrive?

Please check the stock availability notice on your item when placing your order. This item is: In stock

Express Delivery Available If ordered before 8pm, delivered by courier next working day. Available on orders placed before 8pm (2pm weekends and Bank Holidays) for delivery next business day. Applies to most delivery addresses within mainland UK.

How will I know it has been sent?

You will receive an email to confirm when your item has been sent.

You can also check the status of your order and individual items by accessing My Account details and following the prompts.

Please allow 10 working days from dispatch of your order before notifying us of any late deliveries.

It may be advisable to check with your neighbours to see if a parcel has been left with them, check any outhouses you might have where it may be left if it cannot fit through your letterbox and contact your local sorting office to see if the item has been returned to the depot as undelivered and awaiting collection.

If I'm not completely happy with my item?

There are currently no reviews.

Write a review to be in with a chance of winning a $160 voucher to spend on ProBikeKit.